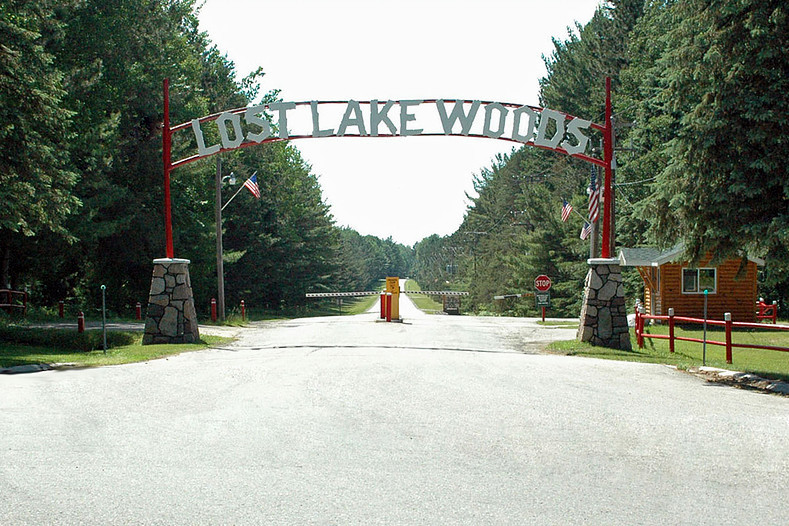 The site of the retreat is a private resort in Alcona County, between Lake Huron and Hubbard Lake. 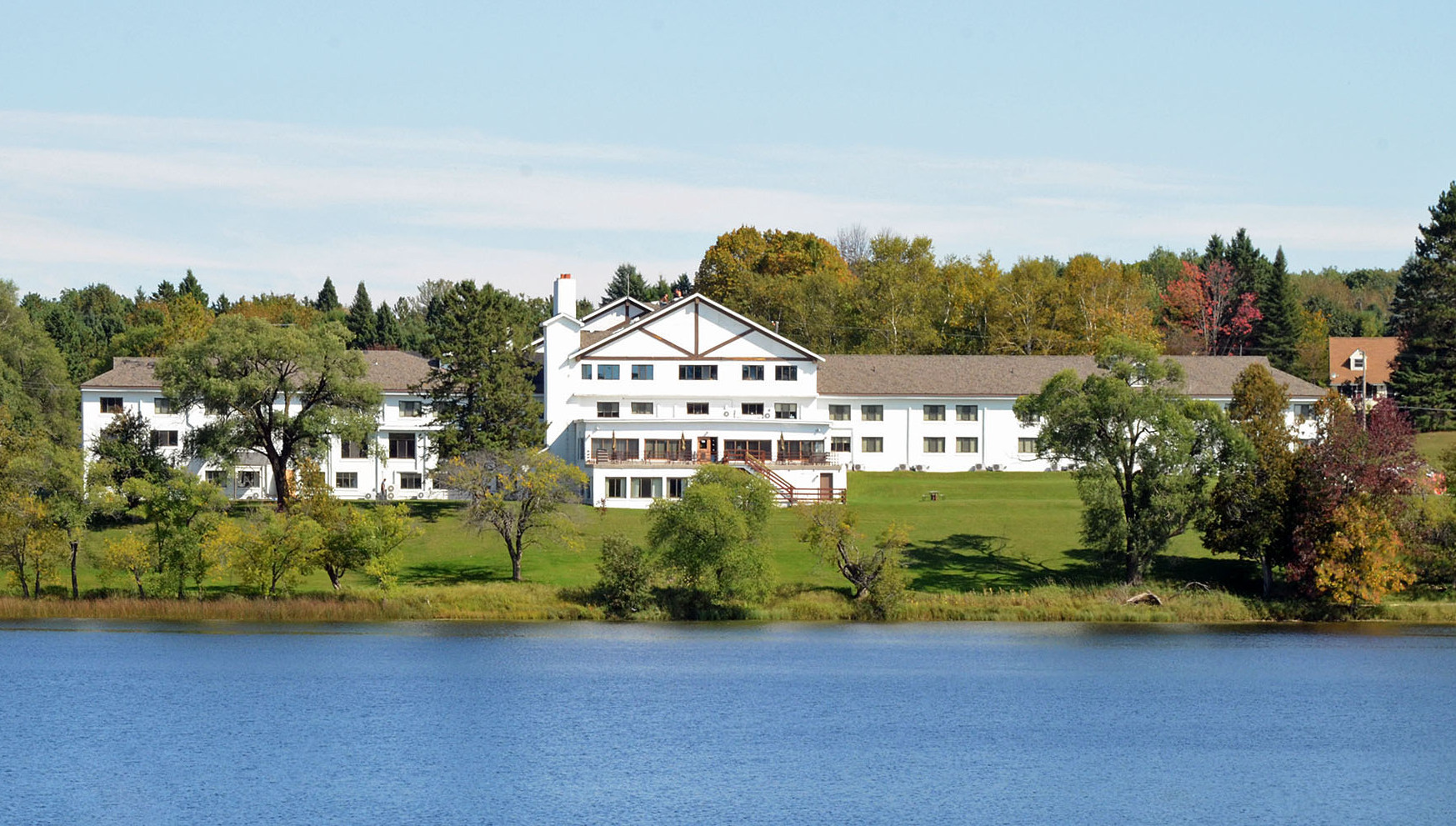 The lodge at Lost Lake Woods Club, where the events took place, overlooks a small lake bordered by forest. 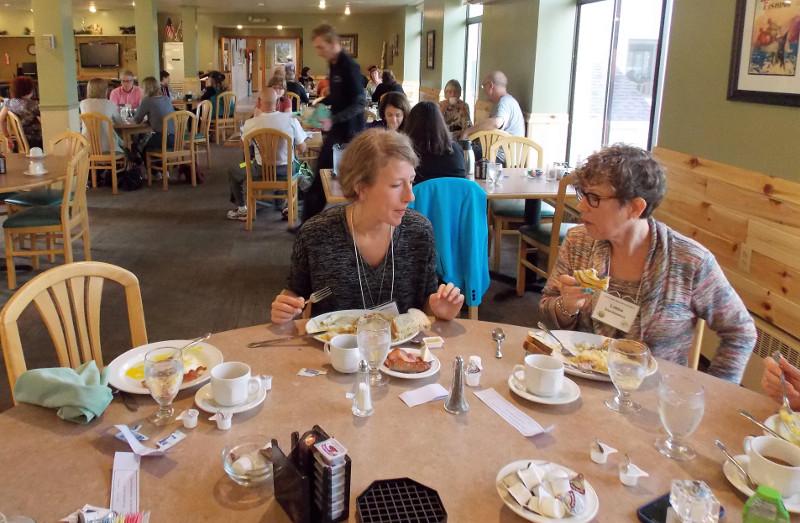 The retreat began with a wine and appetizers party on Thursday night, but a camera malfunction has left us with no photos to show. The next thing on the agenda was breakfast on Friday morning. 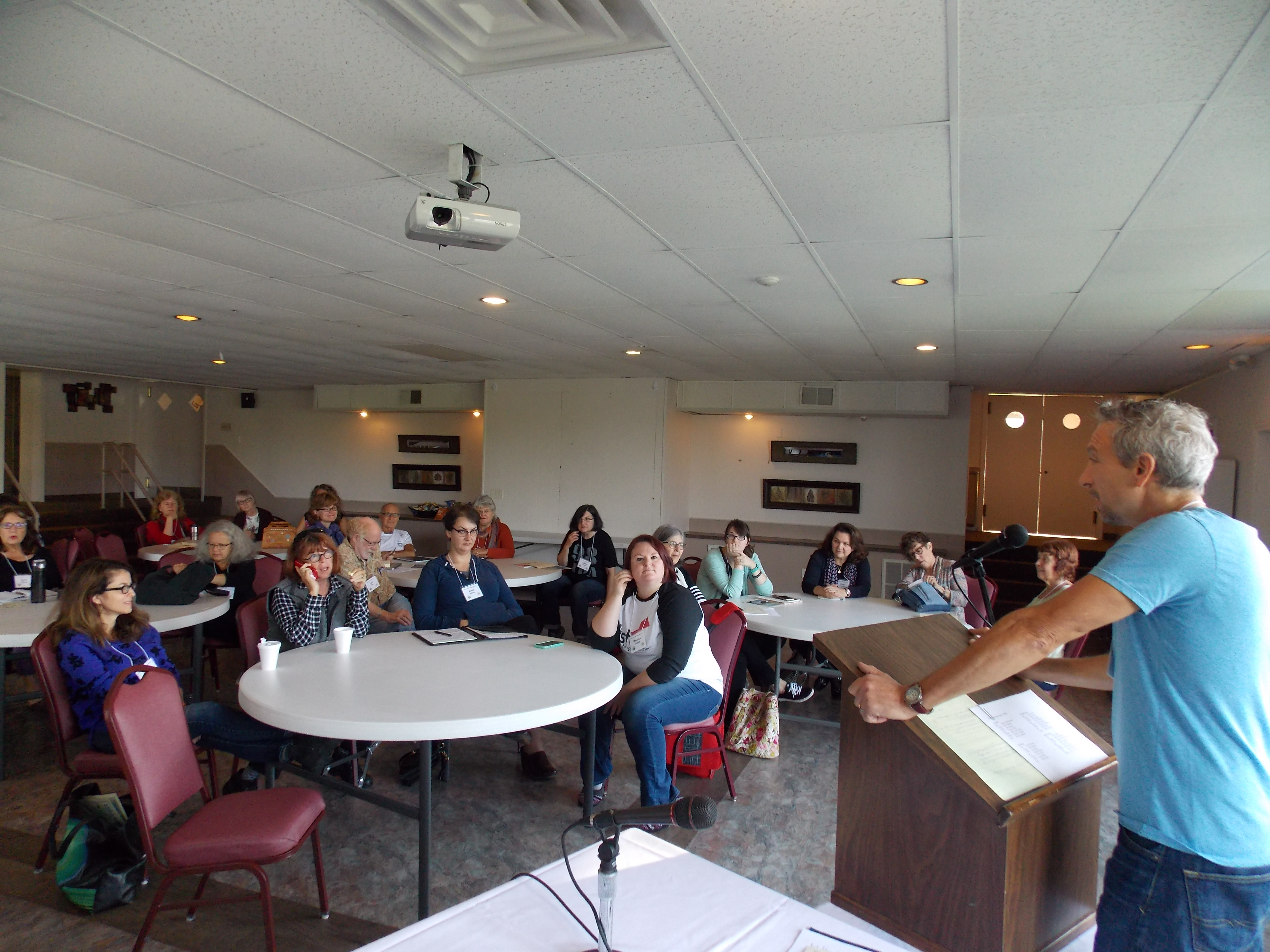 John Lamb, at the podium, introduced the teachers before each opening session. 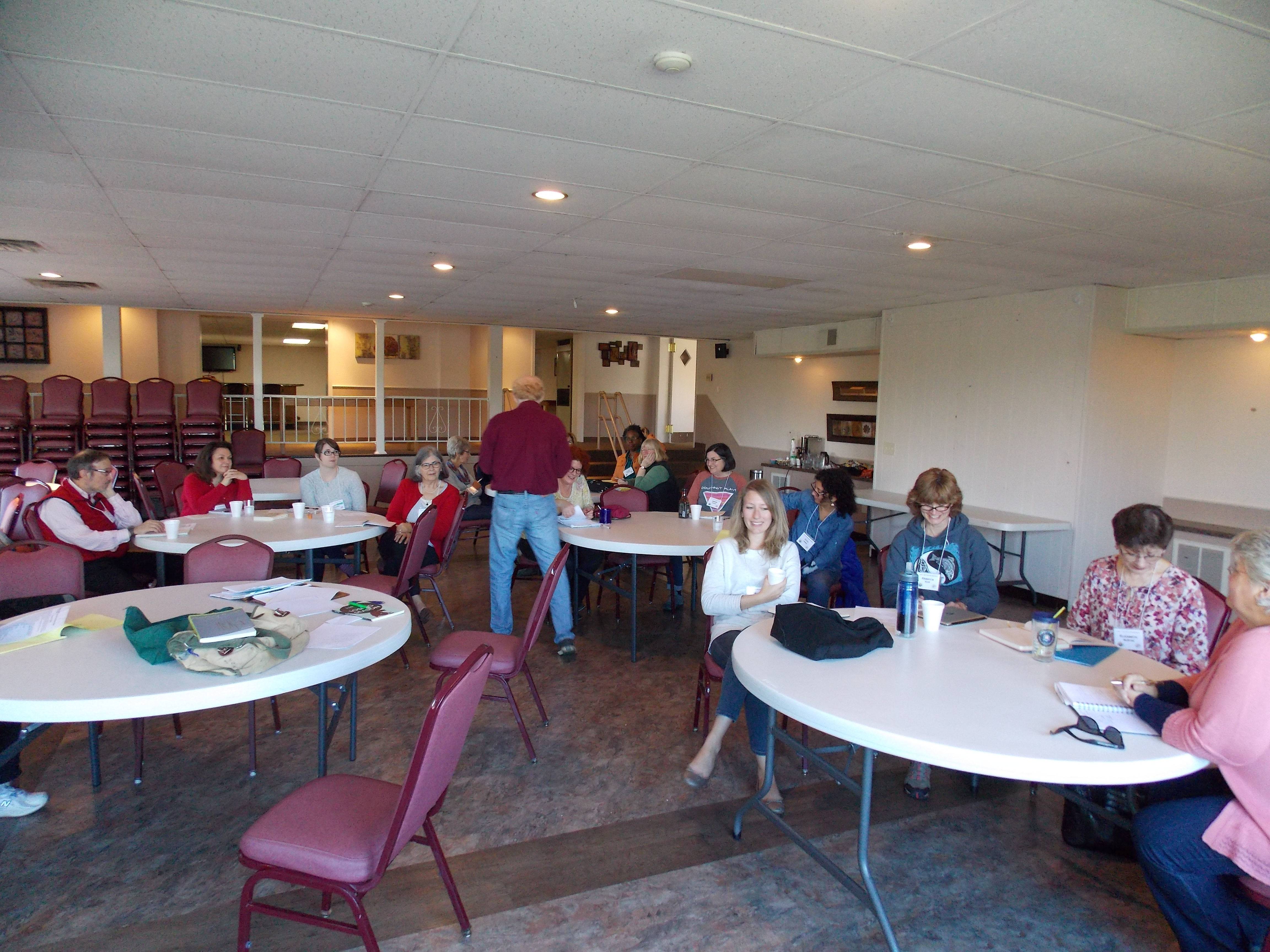 Poet Jack Ridl, standing, roams in among his students during his first session. 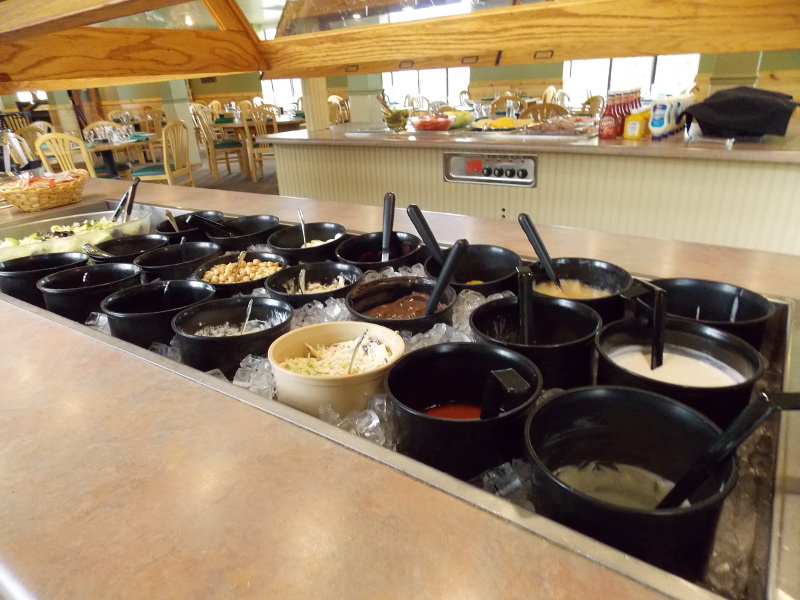 After morning sessions for both poets and fiction writers, it was time for a lunch buffet of soups, salads and sandwich fixings. 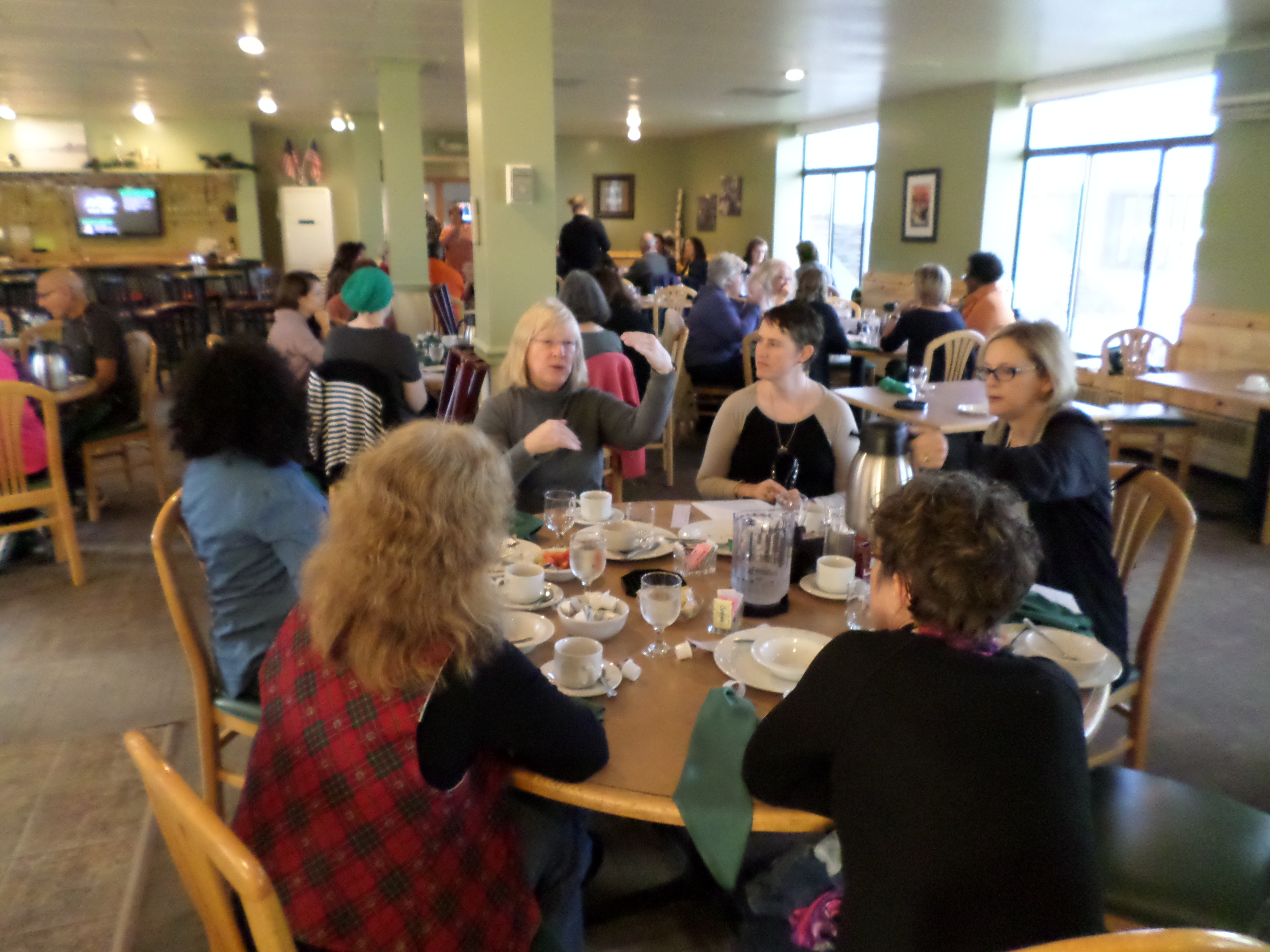 Lunch was a wonderful time to make new friends and learn about others' work. 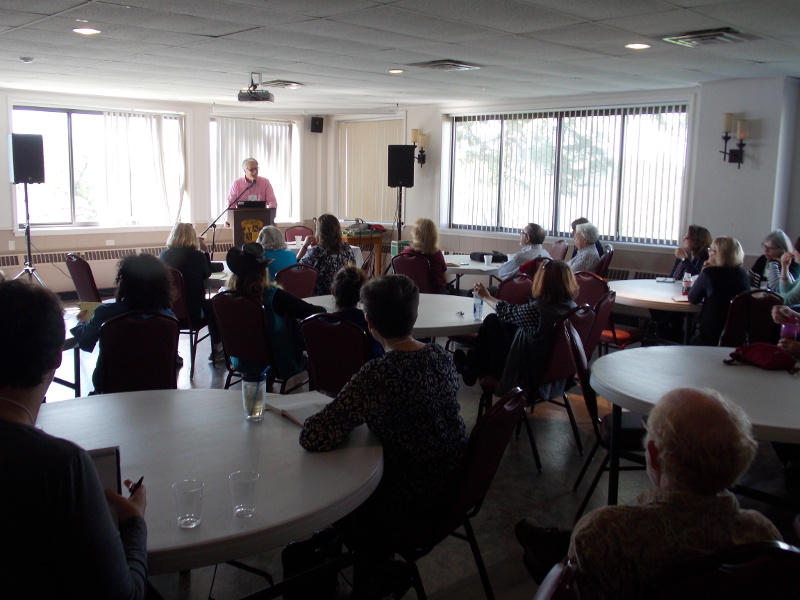 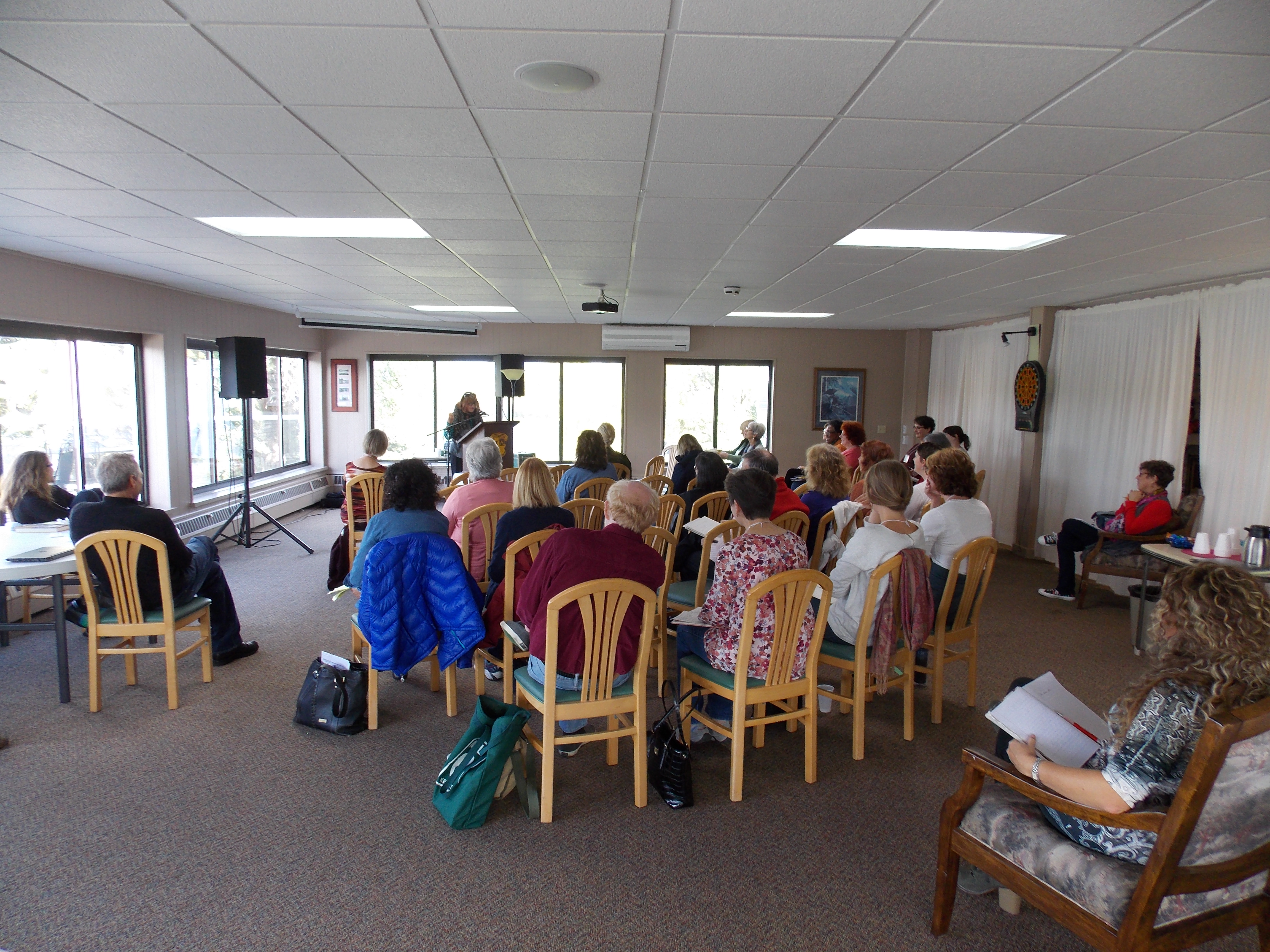 Poet Dorianne Laux read for the group, as did all the instructors. 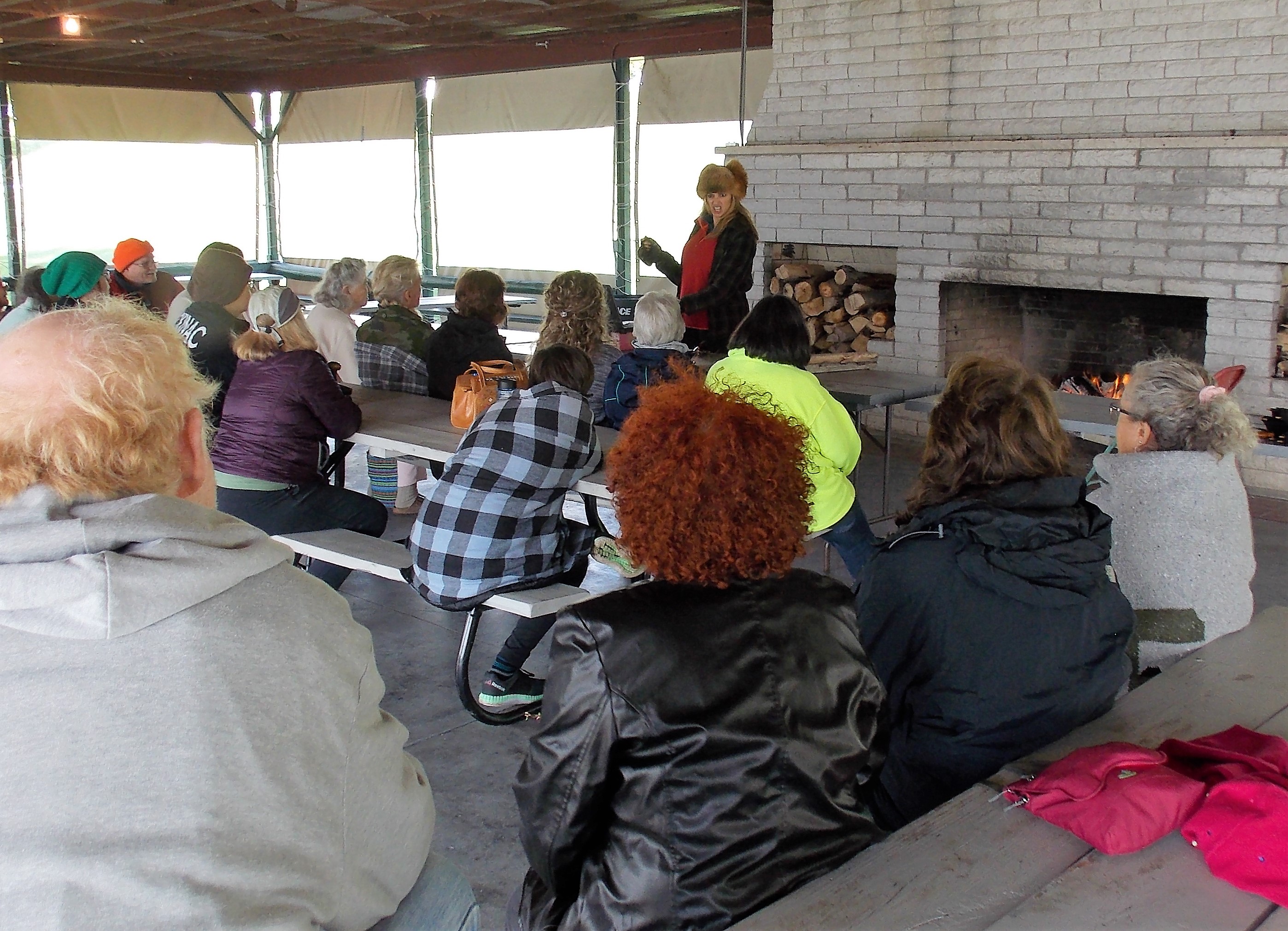 Outdoors writer Lydia Lohrer did her talk outside, in a pavilion down the hill from the lodge beside the lake. 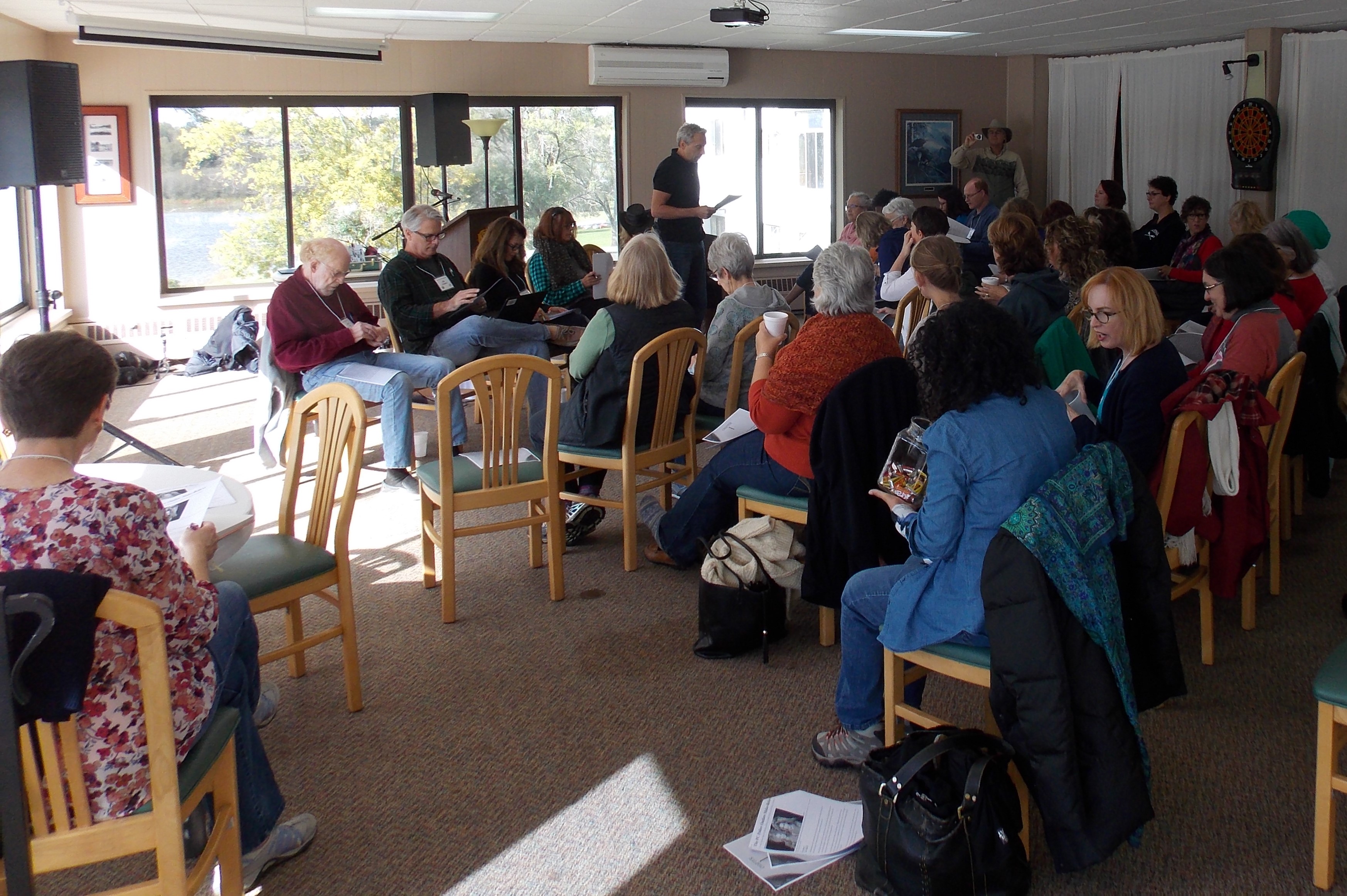 John Lamb led all six instructors in a panel discussion of Jim Harrison, who had died earlier in the year. 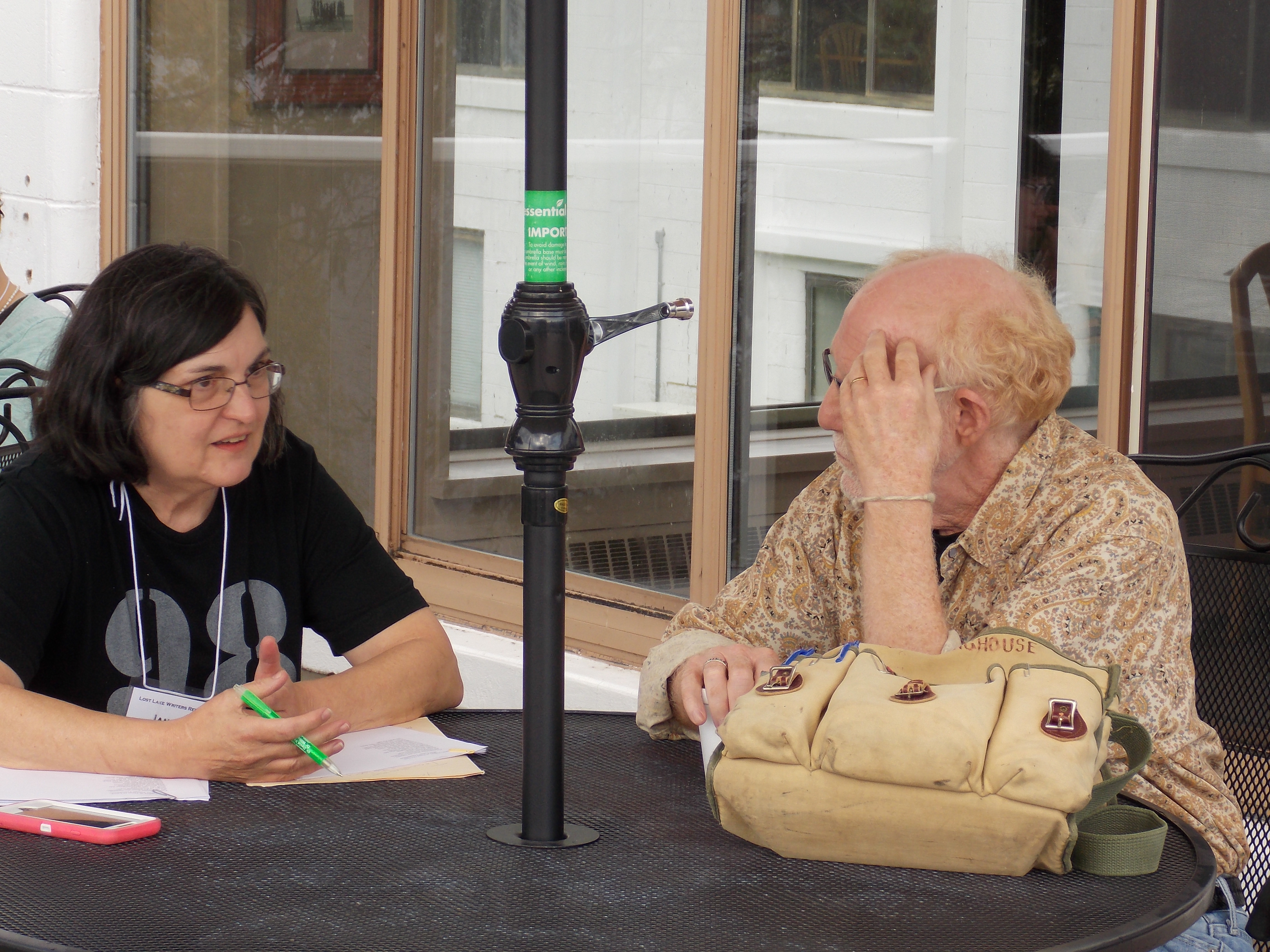 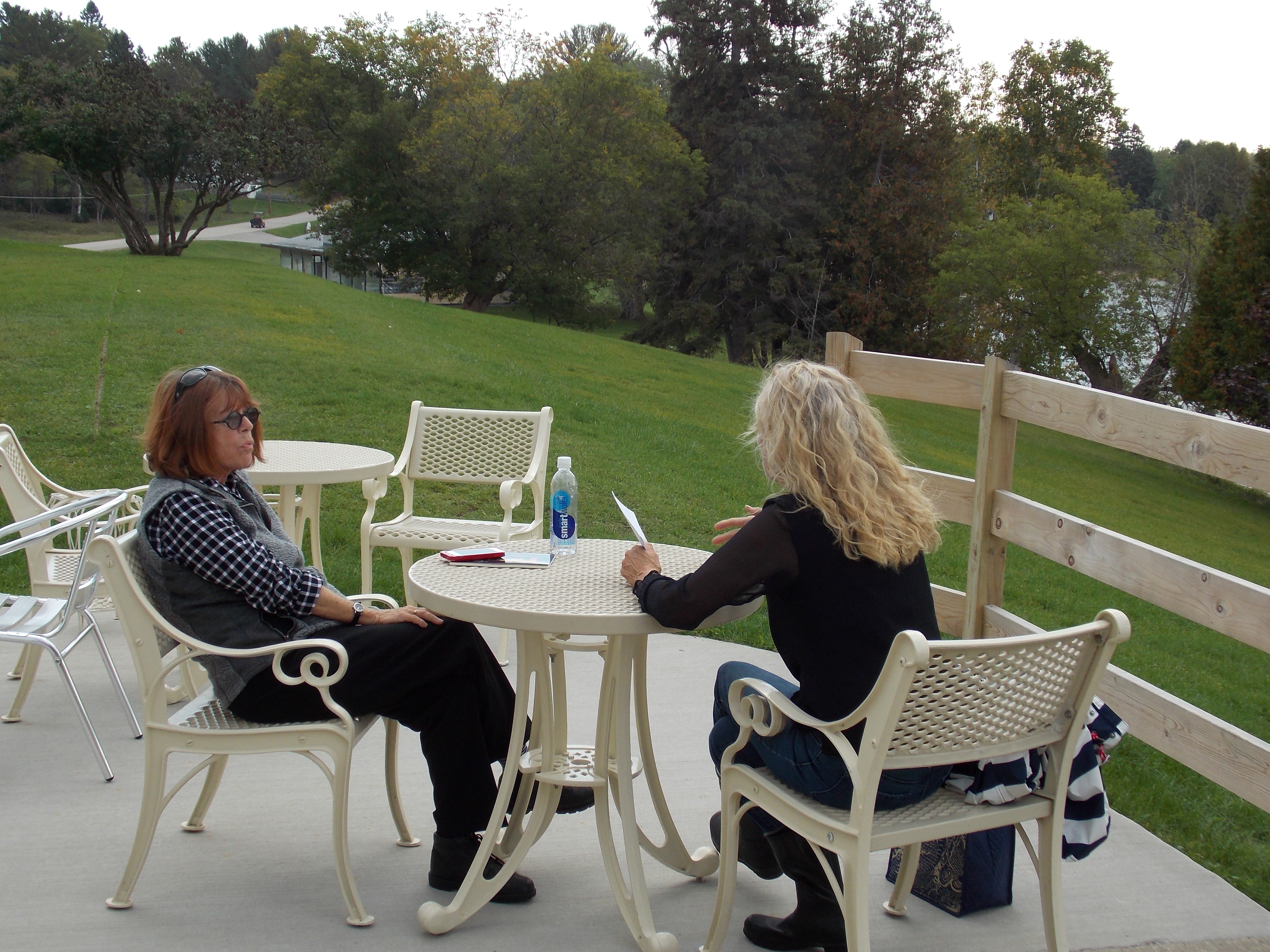 Most students and instructors did the individual meetings outside around the lodge. Here Dorianne Laux does one on a small patio at the lodge. 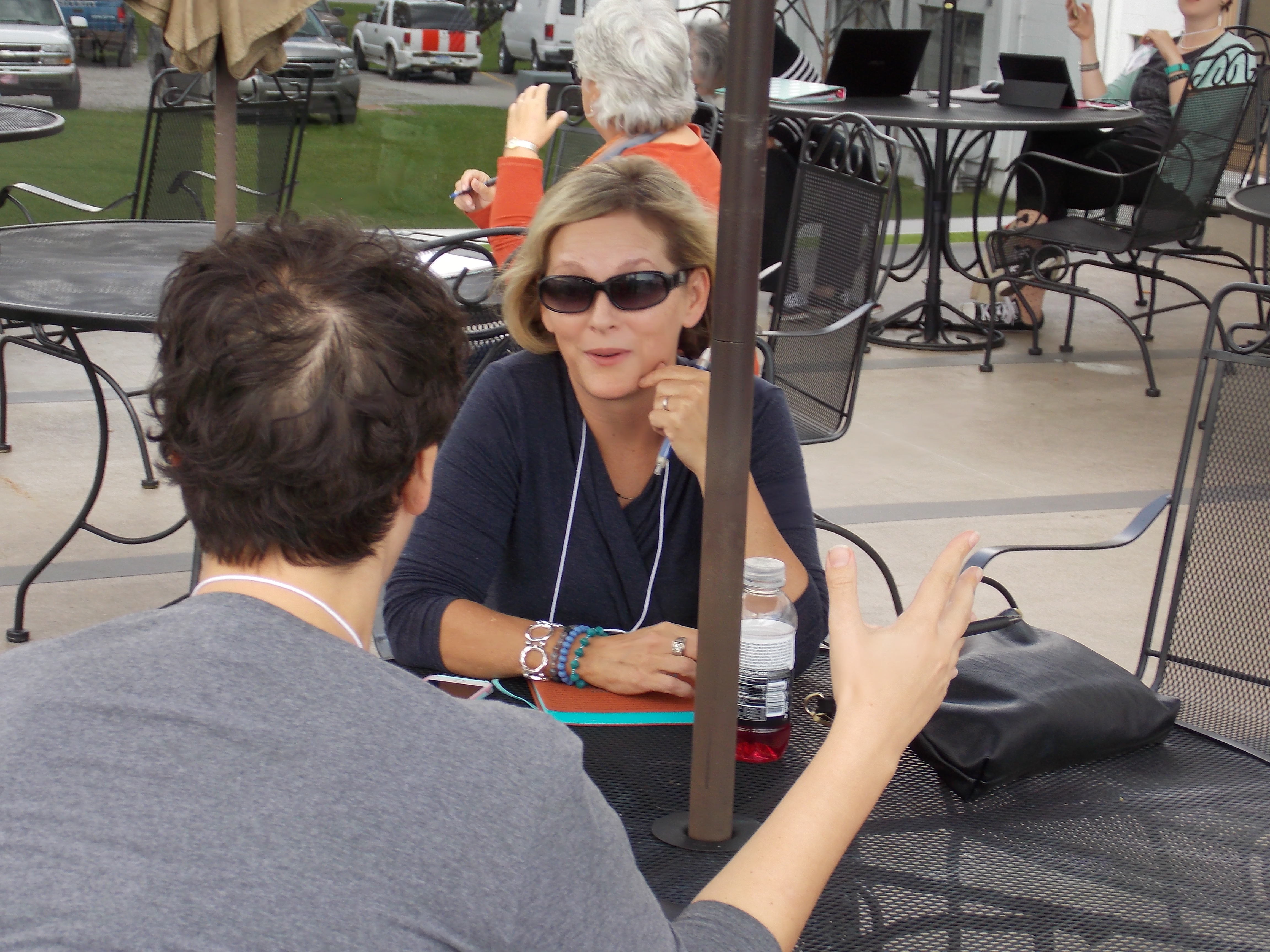 Novelist and poet Kelly Fordon talks with a student on the deck of the lodge. 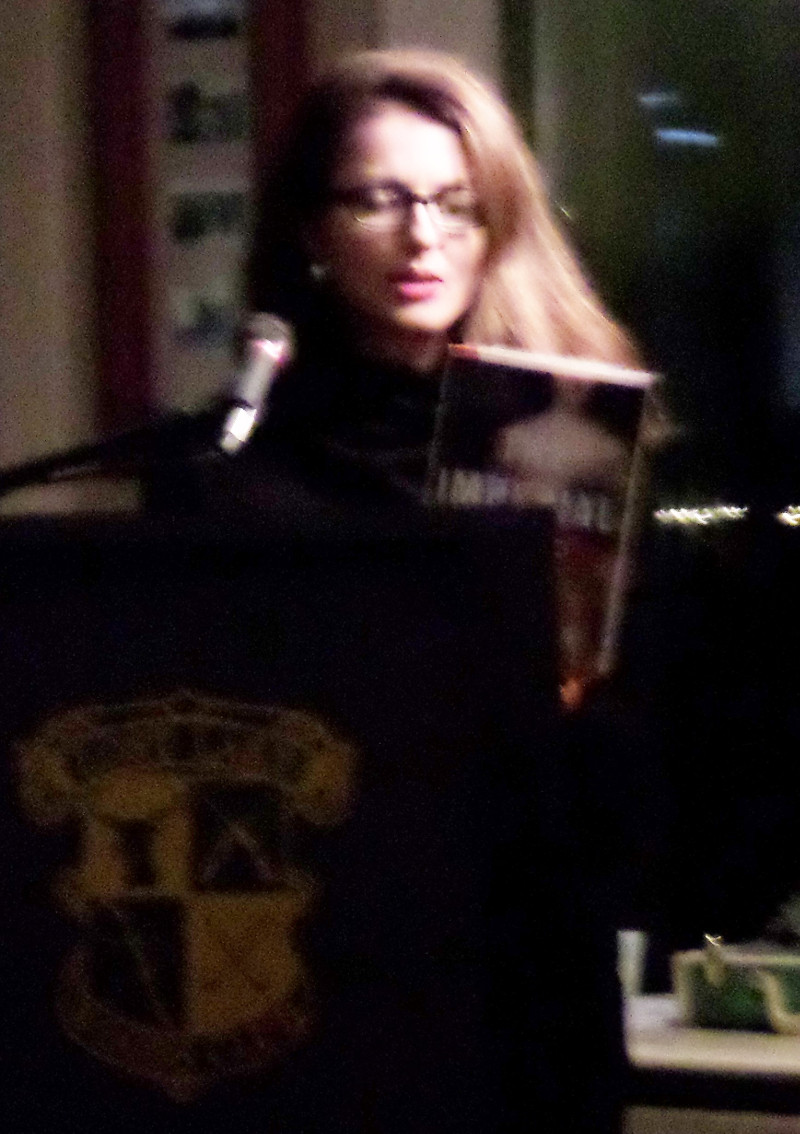 Irina Reyn read from her new novel, "The Imperial Wife." 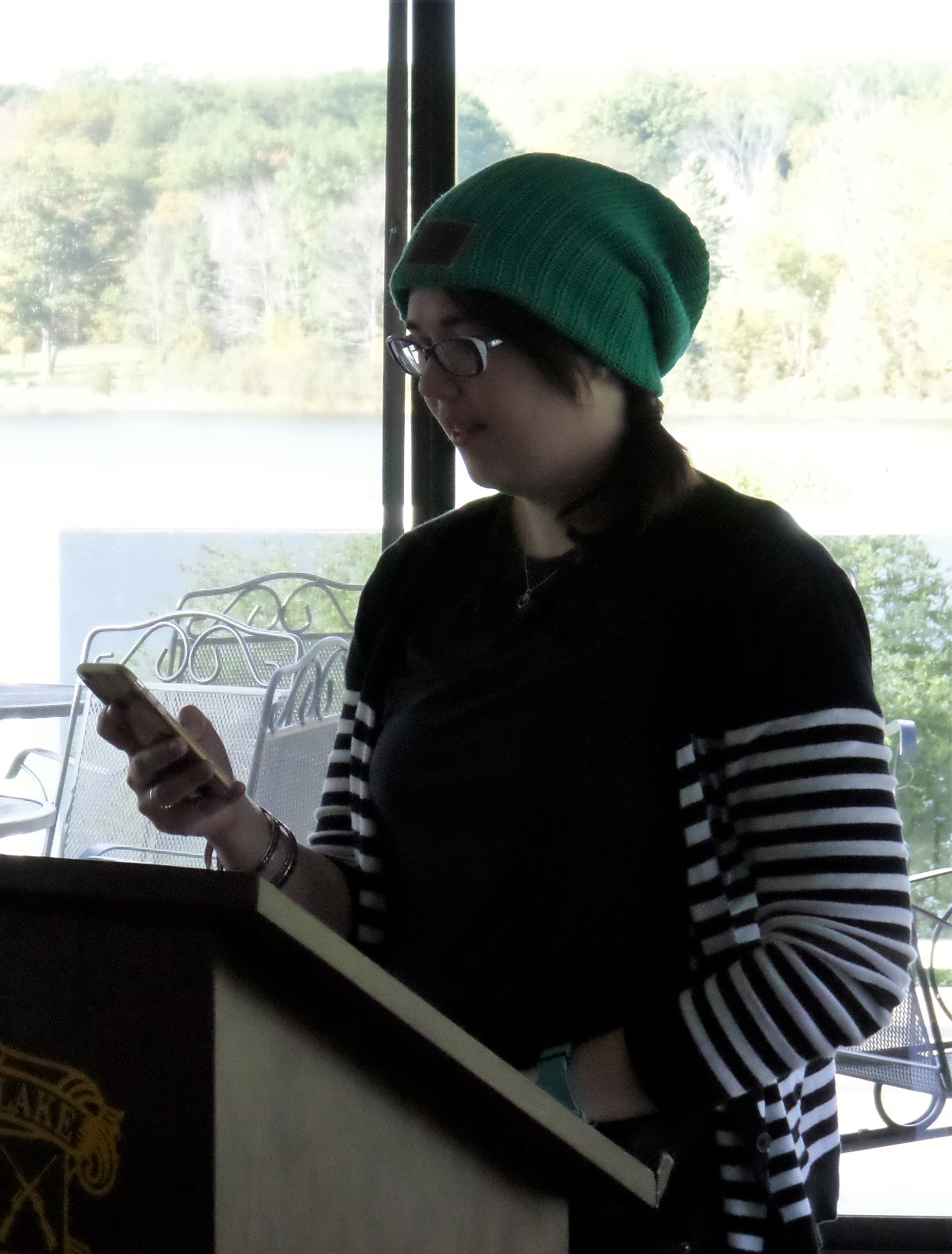 Students also had chances to read during the retreat. 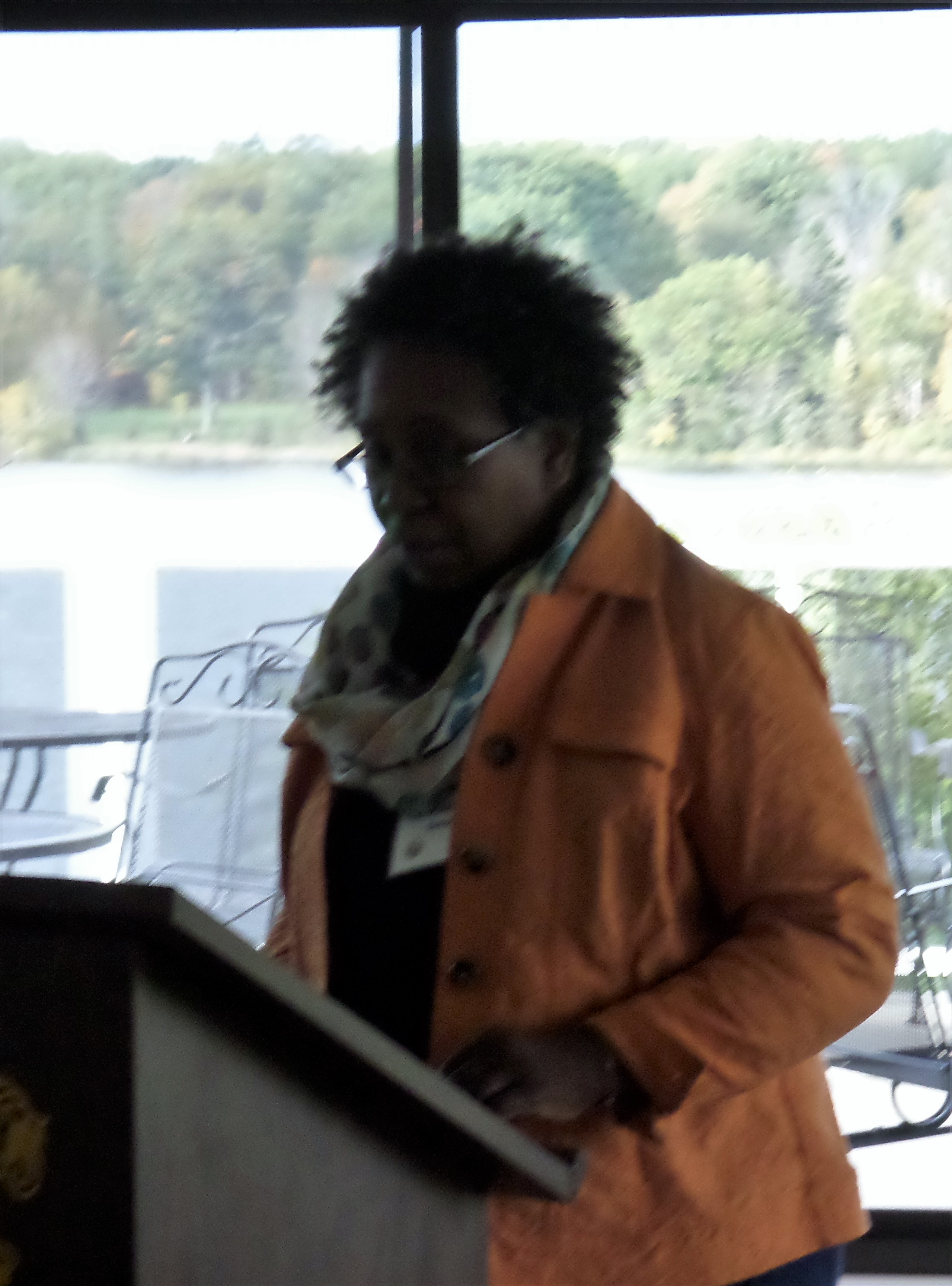 Some read on Saturday night, others on Sunday after the final brunch. 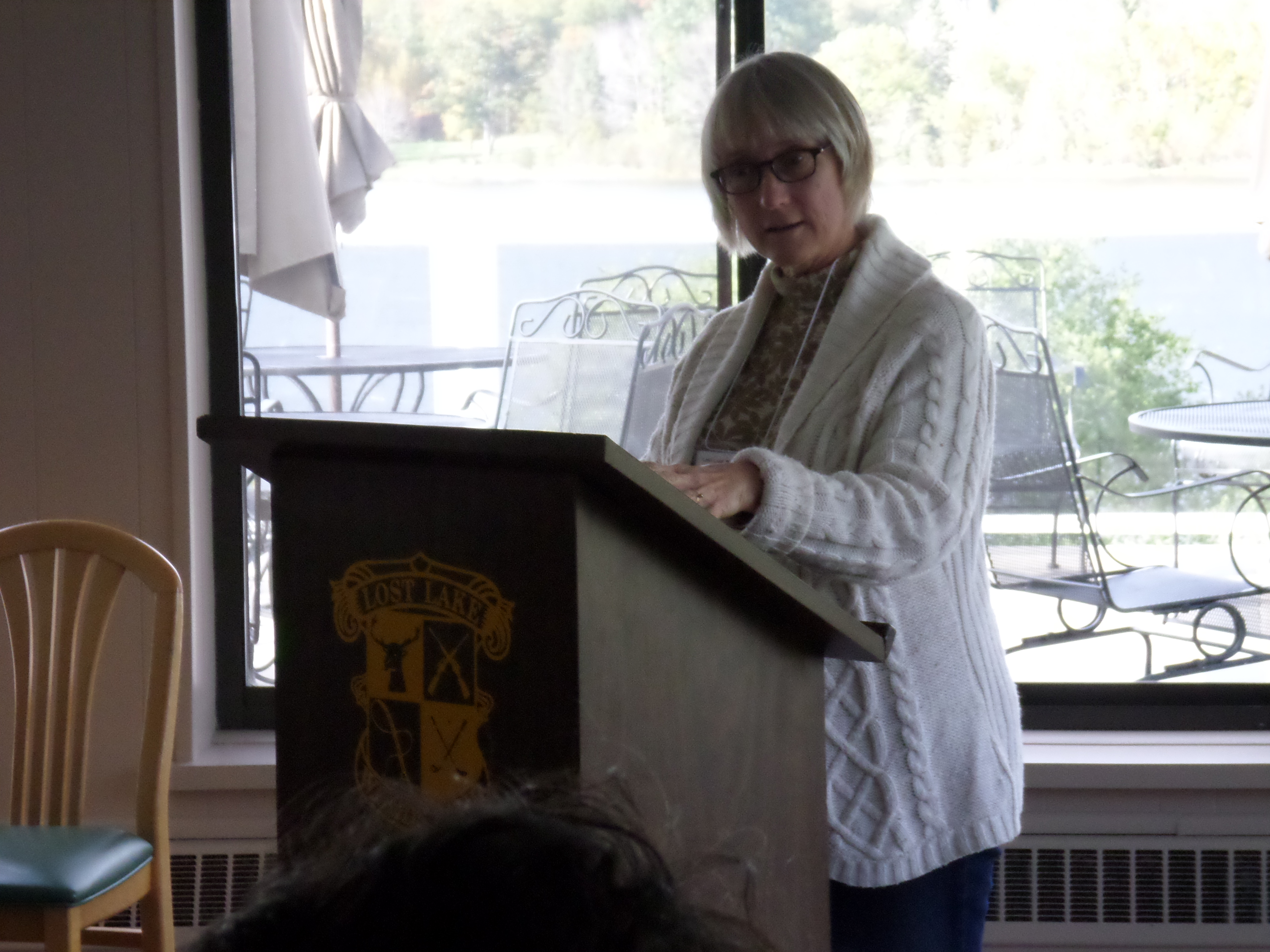 The audience applauded each of the student readings.

The 2016 Lost Lake Writers Retreat was directed by John D. Lamb of Springfed Arts, another 501(c)3 nonprofit that has held weekly writing classes in the metro Detroit area for two decades. Poet Dorianne Laux, novelist Irina Reyn, journalist Jim Schaefer, poet Jack Ridl, novelist and poet Kelly Fordon, and journalist Lydia Lohrer made up the staff. Click on the buttons below to learn more about these teachers.

The retreat began with an appetizers, wine and beer party at 8 p.m. Thursday, October 6.  Friday and Saturday were learning and writing time. Sunday we gathered for a farewell brunch, followed by a final reading by participants. By midafternoon Sunday, students were headed home.